I’m against gender neutral public toilets, and this is why.

The introduction of gender neutral facilities, including toilets and changing rooms, is becoming a staple display of progressive liberalism in 2019. If you want to be woke, do away with sex segregation and stick a “We don’t care” sign on your toilet door.

As being progressive and inclusive and “woke” is what we are all supposed to be these days, why would I be against the introduction of gender neutral toilets? I’ll explain.

Gender neutral, in this case, is applied instead of mixed sex. Sex segregated toilets were fought for by women for generations, including the Suffragettes, and finally the 1922 Workplace Regulations made a legal requirement for all business to provide women’s toilet facilities, and it is still a legal requirement in the UK today.

Prior to this, the lack of facilities for women was a political tactic to ensure women were kept in the home. If you cannot safely use the toilet in public or at work, it becomes hard to impossible to go out in public or to work. The introduction of women’s toilets came hand in hand with women breaking free of the confines of the home and finding independence and freedom.

So, if this is the case, why are gender neutral facilities becoming so fashionable? And why do progressive liberals support them?

As gender replaces sex as how we categorise humans, as people’s feelings about whether they’re a man or woman (or in some cases people think they’re neither) become more important than their physiology, the sex segregation of old is seen as outdated.

The cry of “we just want to pee” is used routinely in the argument. Why should it matter to anybody whether the person in the cubicle next to them is having a wee standing up or sitting down?

For one thing, not everybody just wants to pee. I have used women’s public bathrooms for a multitude of reasons, including my personal safety.

Most women you’ll meet have been followed around bars or clubs (or even just shops or libraries) by men. Sometimes these men can get aggressive and insistent on forcing your attention on them. And, at times, it can be quite frightening. When this happens there is only one place you can go to that you know they can’t: the women’s toilets.

I have sought refuge from men in the women’s toilets on multiple occasions. If those bathrooms were replaced with mixed sex facilities then I would have to barricade myself in a cubicle to find the same safety. And being trapped in a tiny cubicle whilst men wait outside the door for you to eventually come out is significantly different to being in a large space with other women. Trapped in a cubicle you’re alone with no way of knowing who’s out there. It is claustrophobic and isolating.

I have asked women to walk out with me as I leave, and they always have. I have asked women to check to see if the men are still waiting outside the bathroom, and they always have. I have shared tales of my experience to women who have empathised and looked out for me. I have also entered an empty bathroom and waited alone for a long time, with the men outside not knowing I’m alone. Take away that private space and I lose the safety of my fellow women, and I lose the safety of a space I can be in alone with nobody knowing just how vulnerable I am trapped in there with nobody to help.

Do not interpret this to suggest I believe all men are predatory and dangerous. I don’t. But some are. And those are the ones who will take advantage of a situation like this. There is no sign that says “We don’t care… except about perverts, you stay out”. If everyone is welcome then you truly do not care.

Then there’s the issue of menstruation. As a grown woman who has had periods on and off, with pregnancy and contraceptive gaps, for twenty years, I still desire privacy. Not because I am ashamed of my biology, not because I think periods should be hidden, but because I am private and bodily functions are personal. I have, however, used women’s toilets to wash blood stains out of clothes in the sink. I have done it for myself, standing in front of the mirror in my pants feeling desperately embarrassed, but with sympathetic women offering support, and I have done it for friends who’ve stayed in the cubicle cleaning themselves up.

But it’s not just public bathrooms for adults, what of young women in school? Girls in schools with mixed sex toilets are facing bullying and humiliation from boys about their periods, to the extent that many are missing school every month to keep their privacy.

We are merrily throwing young girls access to education, privacy and dignity under the bus because being progressive is more important. And that is an outrage. Our daughters deserve better.

And what about when you do just want to go to pee? If you’re a mother of small children you’ll know just how many times the cubicle door can be unlocked and swung open. I have been on the loo with my knickers round my ankles and faced with the door being opened more times than I can count. Because, let’s be honest, kids don’t give a damn about your privacy. And sure, you can tell me to just control my child better, but sometimes it doesn’t happen and I really do not want to be faced with a strange man looking in on me. It is humiliating at best, dangerous at worst.

Then you have the practical side. To make mixed sex toilets work, people point out that floor to ceiling cubicles ensure privacy (as much as can be). To rebuild entire bathroom units is expensive, but existing women’s facilities already come with cubicles. Men’s are not set up for mixed sex as there are urinals, so more often than not to provide the inclusive set up that win people woke cookies, the women’s bathrooms are made gender neutral, and the men’s are left as is. Why spend money that you might not have on converting something when you don’t have to?

Recently Caroline Criado-Perez wrote about bathroom provisions being inadequate for women, even when they are segregated by sex. Not only are men’s bathrooms able to fit more users in due to the floor space taken up by urinals versus cubicles, but women in fact need more time overall than men anyway:

But even if male and female toilets had an equal number of stalls, the issue wouldn’t be resolved, because women take up to 2.3 times as long as men to use the toilet. Women make up the majority of the elderly and disabled, two groups that will tend to need more time in the toilet. Women are also more likely to be accompanied by children, as well as disabled and older people. Then there’s the 20–25% of women of childbearing age who may be on their period at any one time, and therefore need to change a tampon or a sanitary pad.

By making the women’s bathrooms available to both men and to women, you are simply providing additional facilities for men which women have to budge over to facilitate, when we are already struggling for provisions ourselves.

Many like to point out that toilets in the home are mixed sex. And it’s true, my partner and I use the same bathrooms. My children funnel in and out when we’re in there, the dog often wanders in too. Do you know who doesn’t wander in? Strangers off the street. Even visitors to the house ask to use the bathroom, because my home is not a public space. I also don’t welcome strangers to use my shower or sleep in my bed, yet in the home they too are gender neutral.

I understand that people want to be kind and welcoming to people who feel unsafe in sex segregated spaces when legally obliged to use the space opposite to how they feel inside. And fighting to make sure everybody is safe in public spaces, no matter how they look or dress or feel should matter to us all. But doing away with women’s public bathroom provisions should not be the way. We deserve not to be thrown back to the days when we couldn’t go out because we didn’t have safety and privacy to go the toilet.

Preserving women’s fought for spaces matters, and it doesn’t matter less than people’s desire to feel welcome. Women do not matter less.

3 thoughts on “I’m against gender neutral public toilets, and this is why.”

Agree totally. You haven’t mentioned how men routinely piss all over the floor. It’s that that puts me off going, particularly if I’m wearing trousers i have to lower. you can train your own sons and partners but not strangers so much.

Absolutely agree. The hygiene issue is real. Thank you.

[…] wrote previously about gender-neutral public toilets and my arguments against them, but it goes further than just toilets. The women’s safe spaces […]

J.J. Barnes
Yesterday we had a date day and my kids went to their grandmother’s house. My daughter had forgotten her Bear, and she was very upset, so we took him on adventure.

He saw Birds Of Prey and Parasite, enjoyed more than one glass of wine, ate a delicious spicy pizza, then came home for a nice long sleep.

J.J. Barnes
I wrote about different reasons we can get attacked by writer's block, and how to cope with them.

How To Deal With Writer's Block
If you're a writer, you're like to have experienced what is commonly referred to as "writer's block." This is where you cannot move forward with your story and any menial task, such as laundry or vacuuming, suddenly becomes much more appealing to you than actually putting words on the page because o...
blog.jjbarnes.co.uk
1    View on Facebook

Taking the kids to visit with their great grandfather this morning. It’s always a treat for them and they don’t know how lucky they are to have one they can visit.
View on Twitter
0
7

Yesterday we had a date day and my mum had the kids, but my daughter was very upset that she’d left her Bear. So we took him on an adventure.

He enjoyed #BirdsofPrey and #Parasite, had a few drinks, a spicy pizza at @WeAreZizzi, then home to bed for a well earned rest. https://t.co/d8abjZ8M1t
View on Twitter 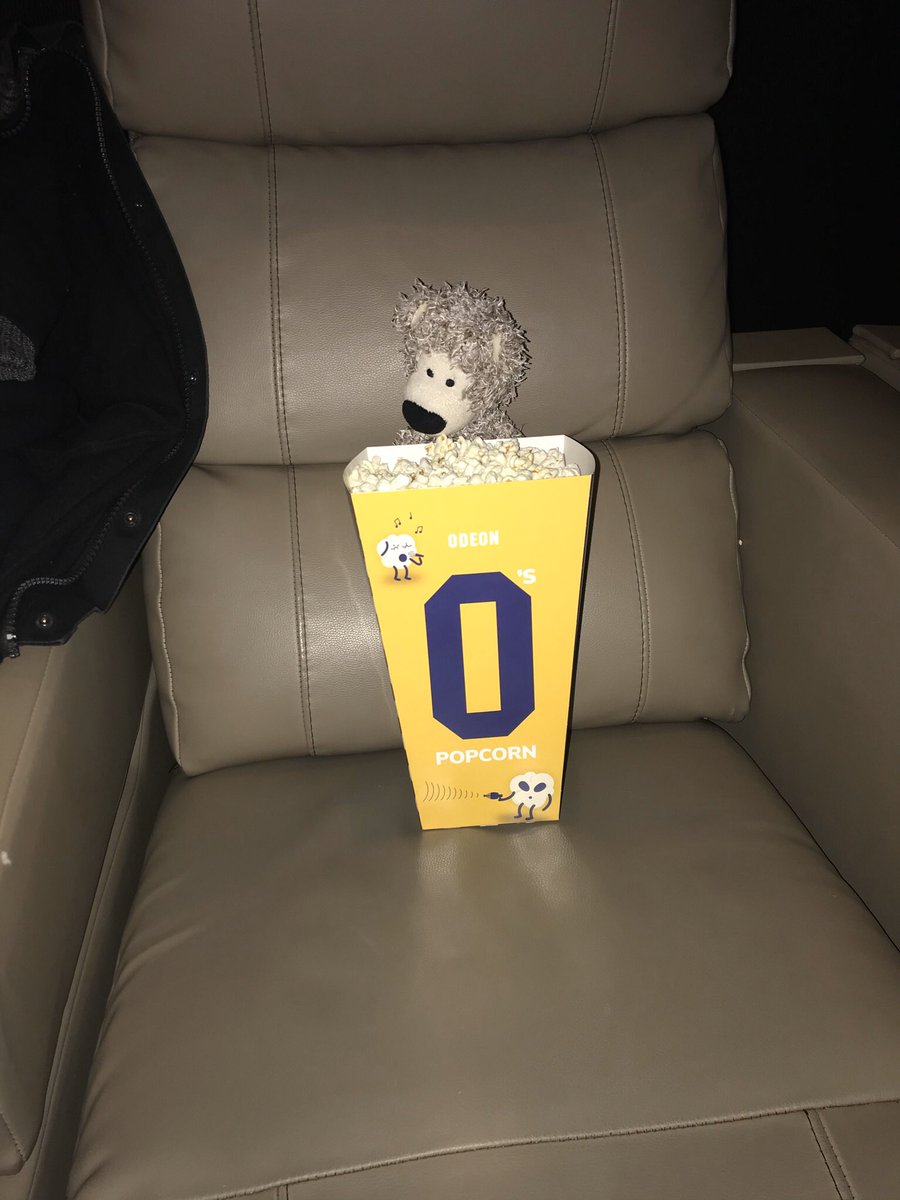