What is the “Inciting Incident” – writing and story structure advice

I’ll be writing about the video What is the Inciting Incident? SPOILERS The Matrix. Writing hack on how to start writing your book, from the Writing, Talking, And Dog Walking series I’m doing on YouTube with Jonathan McKinney.

I’m going to explain what the “Inciting Incident” is in your story, where to put it, what it’s used for, and how to write it. I’ll be referencing the film The Matrix as an example of a really well written inciting incident.

The inciting incident is the event that triggers the start of your story. In The Matrix, it’s when Trinity sends Neo the message to his computer telling him to follow the white rabbit. You can have events that happen before the inciting incident, which can vary in length, but the actual story itself is started the moment Neo gets that message, or whatever form it takes in your story.

You want your Protagonist to be a person, or at least a robot, so the inciting incident causes them to make a choice to pursue a goal. Until the inciting incident in The Matrix, Neo following the girl with the white rabbit tattoo, he is not involved in the story. He has no knowledge of The Matrix, he has no connection to anything that is happening. He has not been set against The Matrix. But the moment he goes to follow the white rabbit, he is on his path and we are following his story.

A lot of stories will spend time with the antagonist or with the villain of the story before going to the protagonist’s inciting incident. For instance, in The Matrix you start with Trinity fighting agents and going out of the window. This allows the audience to see what is at stake for the Protagonist when their story is started.

The Matrix is a really well structured story, and the inciting incident is clear and easy to follow. So it’s worth studying that film as a story teller.

J.J. Barnes
A little message from Jonathan McKinney about JJ needing to take a break due to suspected Coronavirus.

Creative Writing For Kids
A little message from Jonathan McKinney about JJ needing to take a break due to suspected Coronavirus. https://youtu.be/sLeqmFX8fd0
5    View on Facebook

J.J. Barnes
I wrote about the dialogue writing style of Aaron Sorkin, and things you can do to replicate it in your own writing.

An Intro To Writing Sorkinian Dialogue
I’m going to be writing about the dialogue style of the writer Aaron Sorkin. If you’re unfamiliar with his work, he’s an American writer known for screenwriting TV shows such as T…
blog.jjbarnes.co.uk
View on Facebook

J.J. Barnes
Take time and care to build an emotional connection between your audience and your characters.

This beautiful recommendation on LinkedIn from @JosetteCeleste has cheered me right up.
#writer #director #filmmaker https://t.co/Q751tw5kkt
View on Twitter 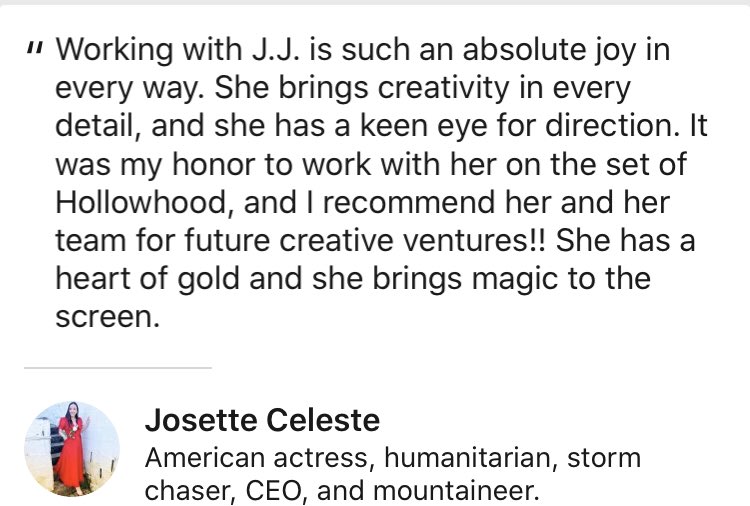 You'll know I'm over this stinking #coronavirus when I'm back to complaining about the evils of #PEwithJoe. I actually miss being able to do it whilst screeching the bad words.
View on Twitter
0
12

I’ve had some lovely messages ♥️ honestly I feel like crap but less crap than yesterday, less crap than this morning. I’m just so bloody exhausted and weak and wobbly it’s horrible. But @jon_mck is a legend and taking care of everything ♥️