I’ll be writing about the video Writing Info Dumps, from the writing advice series I’m doing on YouTube with Jonathan McKinney.

Sometimes as part of your story, you’ll have information that needs to be delivered in order for the story to make sense. This could be rules of magical lore within your fictional universe, or information about a mission your character is going on.

You need either your audience, or both your character and your audience, to understand something important about your world for your story to make sense.

You can deliver this information in a way known as “info dumping”. Sometimes this comes as one character lecturing another character about the history of the world that they’re in, or the quest they have to go on. Alternatively, you write the narrator explaining everything the audience needs to know in paragraph after paragraph of information.

The aim is to ensure the audience absorbs the relevant information to understand the story and what’s going on.

The crudest and most heavy-handed version of this is when one character says to another, “As you know…” and proceeds to explain the situation that the other character does indeed know, in order to tell the audience.

When you’re the audience, this always sounds peculiar because there’s no reason for the character to explain a situation in that way to another character who’s familiar with the world. I wouldn’t say to my partner before telling him something, “As you know, we have three children and a dog…” because he is aware of that so whatever I tell him subsequently would already make sense without that context being laid out for him.

A better version is the “Captain’s Log” or diary, where the information is delivered in a way that tells the audience what’s going on without an eyeroll as it’s communicated to someone else, as the character is speaking to themselves. But it’s still clunky.

The Problem with Info Dumps

When the narrator delivers the information, usually world building information about the history of worlds or wars, it can be incredibly tedious. It can often be found in a prologue.

Info dumping in this way can be very hard for the audience to comprehend or remember, it’s heavy and detailed and, because it’s pre-story and therefore you might not know any of the characters it’s relevant to yet, lacking humanity.

The Lord of the Rings has a long info dump of world building describing the history of the rings and the lands that they went to. I realise that for many people that book (and those films) are treasured and beloved, but for a lot of other people it’s just too heavy and too dry.

If you’re building a big world or need your audience to understand something significant because it will become relevant later on in your story, I can understand the temptation to info dump.

You have put time and energy into constructing your world. You need some details to prop it up for the sake of the audience appreciating what it is you’ve done.

I write urban fantasy, so I don’t need to construct the world my stories are told in. If you’re telling high fantasy or deep space, you have to at least paint a canvas for your story to play out on, because people won’t have an immediate picture in their head of your world.

Info Woven into The Story

If you look at Star Wars as an example, you don’t go into that world with an immediate knowledge of the planets or the politics. George Lucas wanted to treat the first film like it was one in a series, so he treated the audience like they already knew everything they had to know. The text block at the beginning catches you up on the most recent events, but doesn’t info dump context for the entire story.

Despite this, you can watch those films and you catch up on everything you need to know during the course of the film. The details are woven into the story by what the characters do, and by Obi Wan teaching Luke. As Luke learns about the world and the magic he is part of, so does the audience.

It also makes explaining the world they’re in natural because the outsider wants to learn and understand it and that then becomes part of the story. The children going through the wardrobe into Narnia in The Lion, the Witch and the Wardrobe learn with the audience. I previously wrote about taking your characters from the mundane to the magical, and this is part of why it’s so effective.

Your Protagonist Isn’t an Expert

The key is to deliver information to the audience that they need to know in a way that they want to know it, and that means you should give them a character who doesn’t know everything, and has a story relevant reason to need to know it. Whether it’s the politics or the history of the world, somebody needs to be enough of an outsider that they have reason to learn.

Your Protagonist is never the most powerful and knowledgeable wizard of the realm, because then they already know everything and there’s no access point for your audience. You don’t tell your story about the Jedi master who has already mastered use of The Force and has nothing to learn.

You don’t have to send an outsider from our world into your magical world to explain the world without info dumping. A character that has always lived in the world you’re writing about can be your entry point character as long as they don’t know what they need to know for the conflict you’re telling.

You can demonstrate the basics of the world they’re in by their interactions and activities prior to the inciting incident, and then the more complex details that your audience need to learn can be new to your character to. That allows your character to learn at the pace your audience learns, and in a human way that that they can relate to and be intrigued by, because it’s part of your story and interesting to witness.

I tend to think that if you have to endure an info dump to get something from the story, then this is a badly told story. I don’t go to my fiction to study, I am not looking to need to retain facts and figures, historical dates, or complex political details in my brain in order to enjoy a story. I go to my fiction to be entertained.

I can cope with a clunky info dump, like the “as you know” or “Captain’s Log” method; I may be rolling my eyes but I won’t leave a story over it, whereas as soon as a heavy duty info dump is piled onto me I am booted straight out. A bit of exposition you can get away with, but info dumping is boring, tedious and unnecessary.

You know when someone knows you and loves you enough that they know exactly what you need without having to ask?

I’m a stress picker. Scabs, my nails, my cuticles. Anything.

Today a box full of bags of pistachios arrived. Thanks to @jon_mck I’m picking these open not myself. https://t.co/xYPE5YUA5P
View on Twitter 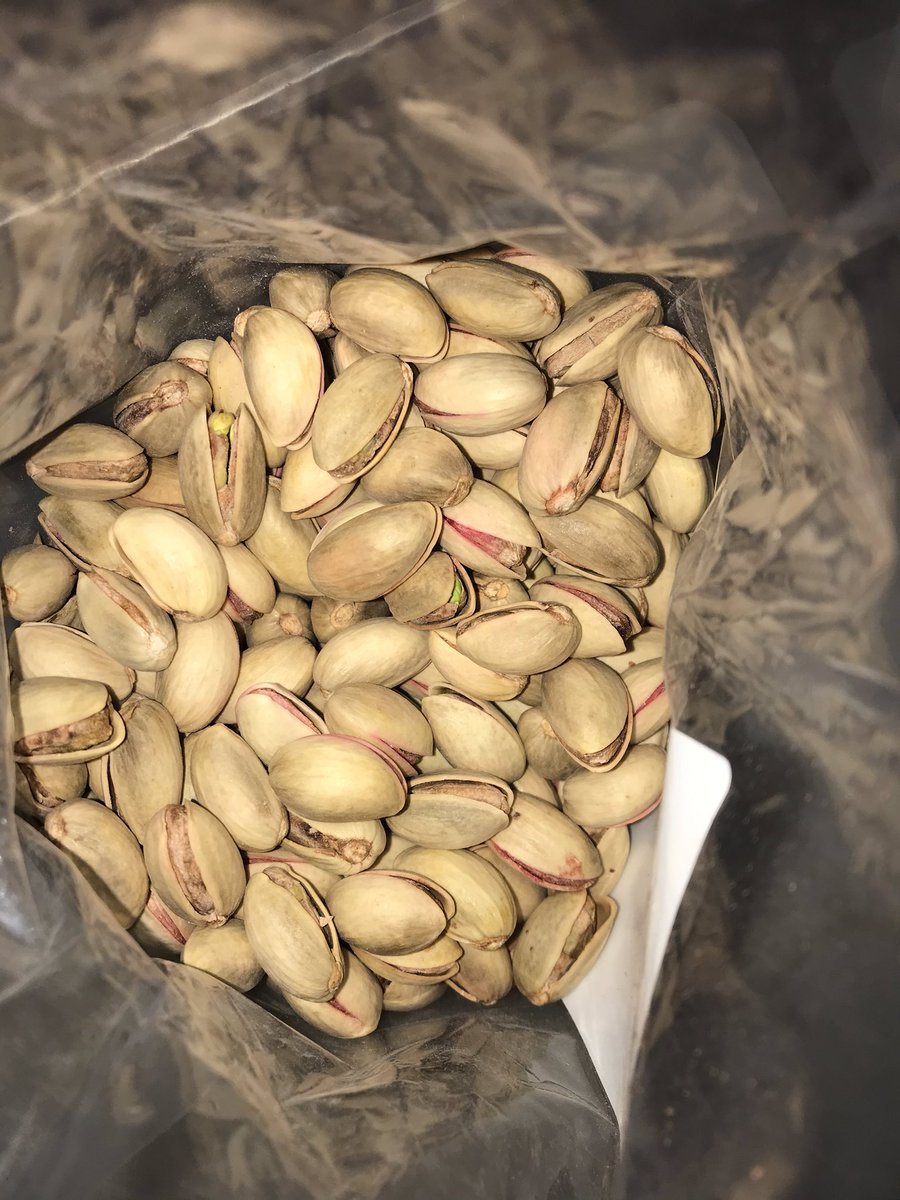 As you reveal certain answers, more questions can spring up. Keep the questions coming, and make your audience desperate for the answers.

#EndFGM My heart breaks for you, Jana. #WarOnWomen https://t.co/sExuYU9dW5
View on Twitter
0
4