I’ll be writing about the video How To Write Your Midpoint in your book or script SPOILERS – Titanic Captain America: Winter Soldier, from the writing advice series I’m doing on YouTube with Jonathan McKinney.

The “Midpoint” in your story comes when you’ve done all the set up in your story, and acts as a pivot to steer it towards the climax. You have got your Protagonist and your Antagonist locked in conflict, and they’re both motivated towards achieving what they want to achieve, and now you need to start the process of crashing them together to see who wins.

I’ll explain where in your timing that your midpoint comes, what it does for your story, and how to write an effective midpoint.

Where Does Your Midpoint Come?

The midpoint comes half-way through your second act, right in the middle of your story. Sometimes the midpoint is so game changing that writers will opt for a four act structure as the midpoint breaks act two into two clear and distinct parts.

Whether you choose to write in three or four acts, your midpoint works to reframe your story and push your characters into their journey towards the end.

This pivot can happen in a number of different ways. The film Titanic is an excellent example of how you can use your midpoint.

The start of the film is following Jack and Rose and their love story. They meet and fall in love, and then they are motivated to find a way to be together after the ship has docked in the USA.

At an hour and a half into the three-hour movie, they crash into an iceberg which changes the entire story. You are no longer watch Jack and Rose falling in love and wanting to find a way to be together, you are now watching them wanting to find a way to survive. It’s very effective and offers immediate high stakes for the story and works as superb motivation for your characters as you head towards the third act.

The midpoint in Titanic doesn’t completely derail the initial motivation of the characters, they still are in love and they still want to find a way to be together, but it has shifted and reframed their experiences and motivation due to the potential for imminent death.

A second example of an effective use of the midpoint in your story can be seen in Captain America: The Winter Soldier.

Throughout the first half you follow Steve Rogers as he realises he’s being hunted and he begins to develop suspicions about S.H.I.E.L.D.; then, an hour and fifteen minutes in, he finds out that Hydra have infiltrated S.H.I.E.L.D. decades ago. It changes the entire conflict.

In Titanic, Jack and Rose still want to be together but now they’ve learned they’re also sinking. In Captain America: The Winter Soldier, Steve still wants to find Bucky but now he’s doing it having learned that Hydra have infiltrated S.H.I.E.L.D.

Something to remember is that if your word count isn’t putting your midpoint exactly in the middle, it really won’t ruin your story. There is always flexibility with story structure so don’t get too bogged down with worrying about trying to get it at exactly halfway through. But it’s a good guide to try and work to for the most effective use of the midpoint.

I talk about how to write interesting villains and reference Hannibal Lector in The Silence Of The Lambs.

How To Write Interesting Villains - The Silence Of The Lambs
When it comes to constructing a villain in your story, you need to put as much care and time into that character as you do the hero. No matter how interesting your hero is, and how exciting the conflict is, a boring villain will make your story boring. I'll be exploring how to make sure your villain...
blog.jjbarnes.co.uk
1    View on Facebook

In Ep19 of #CreativeWritingAdvice I talk about how to use a POV character in your story, and what their perspective does to enhance your scene.

Saturday afternoon with the booze, the bbq and the boy.

Win a SIGNED COPY of my new book, How To Write A Story, in the @Siren_Stories August FREE GIVEAWAY competition!

Subscribe at https://t.co/nK67m8qDS6 and be entered into the free giveaway every single month. 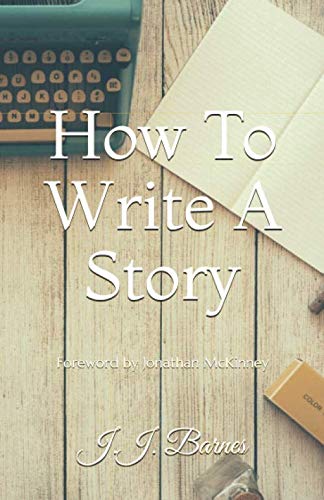